This 2 part figure is available with all views. 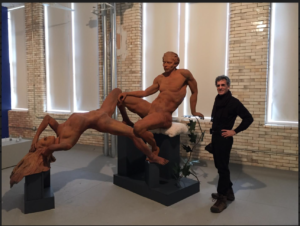 My urge to create comes from the world of movement, kinesthetics. It is my need to dramatize the simplicities of anatomy in movement and find the true essence of these movements. It is only by uncovering the variations of movements that I discover the pinnacle moment of movement which represents my figure or portrait. This has never been clearer than the art of movement as in dance and in music. The climax of a symphony leaves the listener with the heartbeat of the artist.

The moment of a movement, which clarifies and speaks to the artist, relates the most amount of significance. It transcends the other moments. It is through observation of people in motion or observing a model taking a pose where I can learn what the person is anatomically about which in turn will help me create the story behind the sculpture.

This is the 5 year anniversary of the showing at MANA Contemporaries in Jersey City at Carole Feuerman’s large studio and gallery. 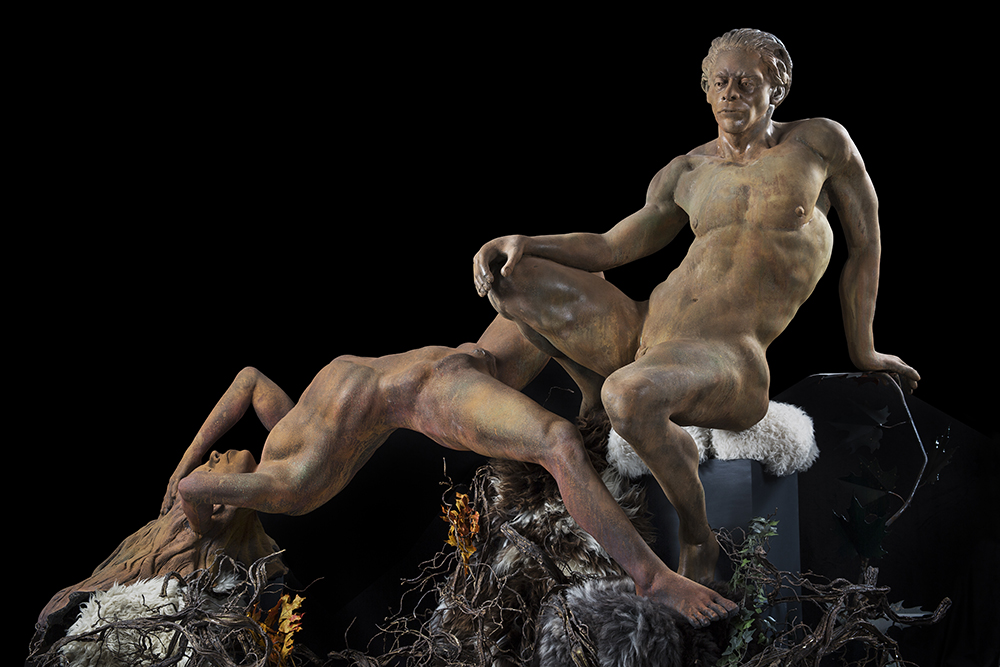 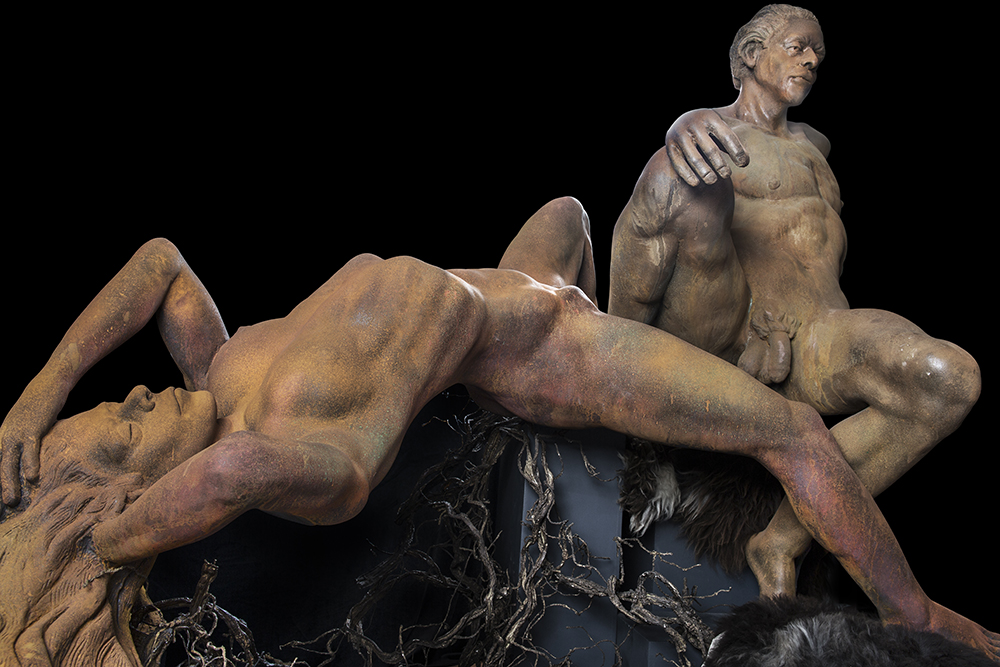 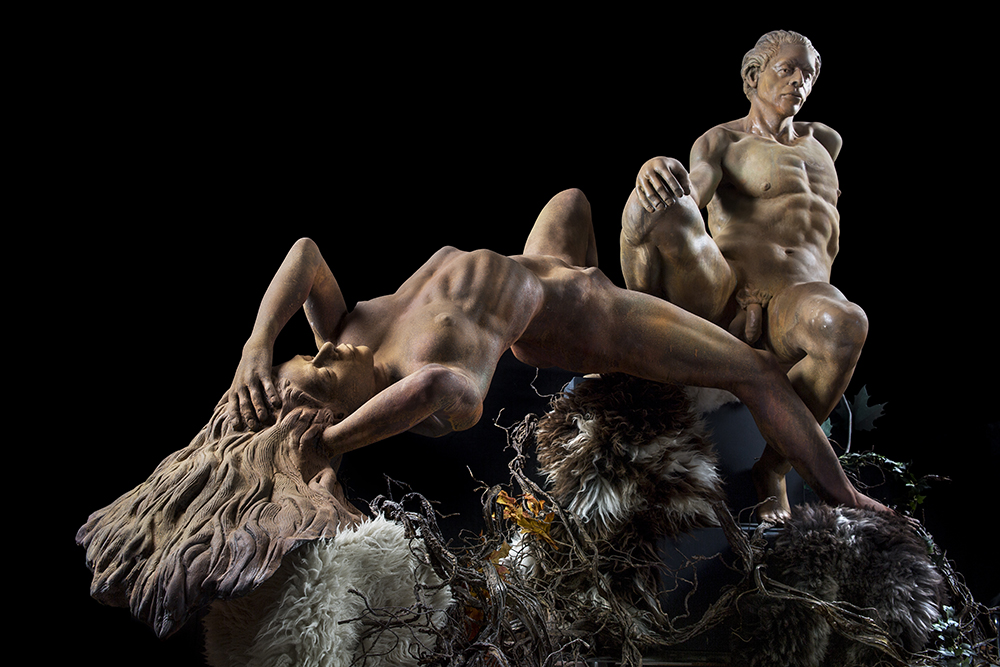 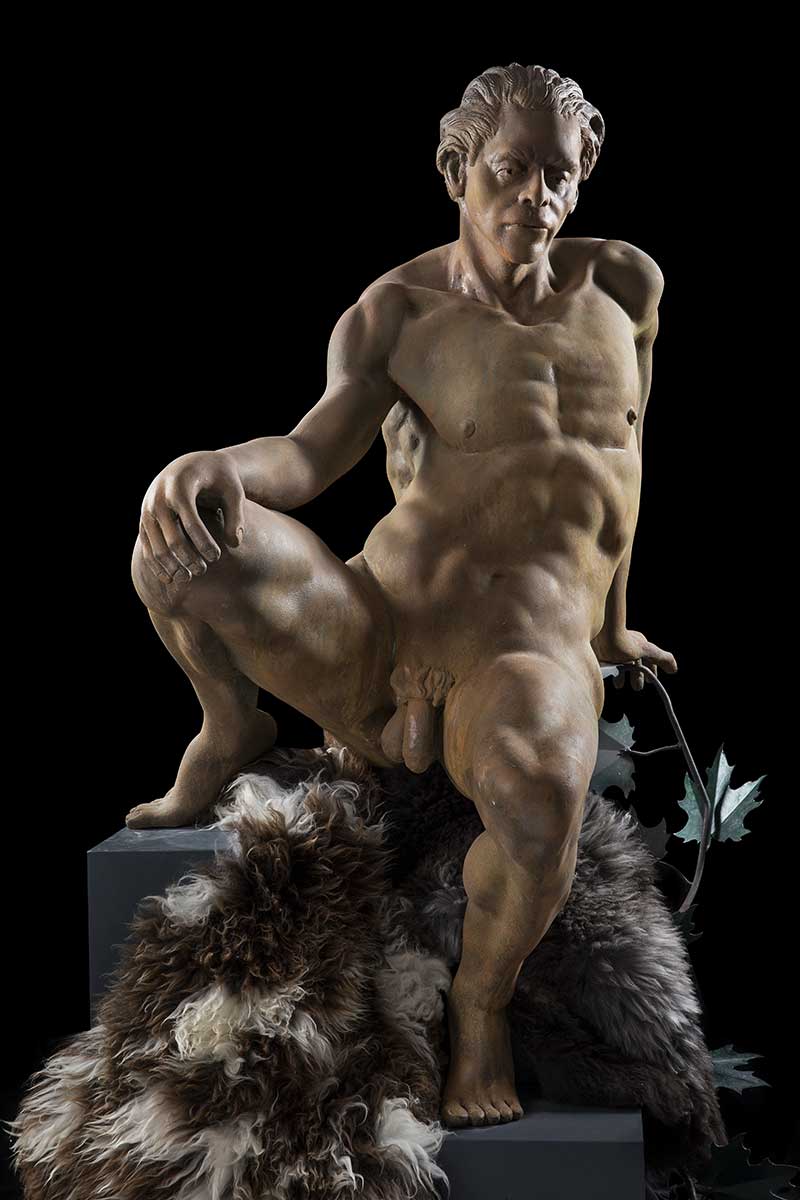 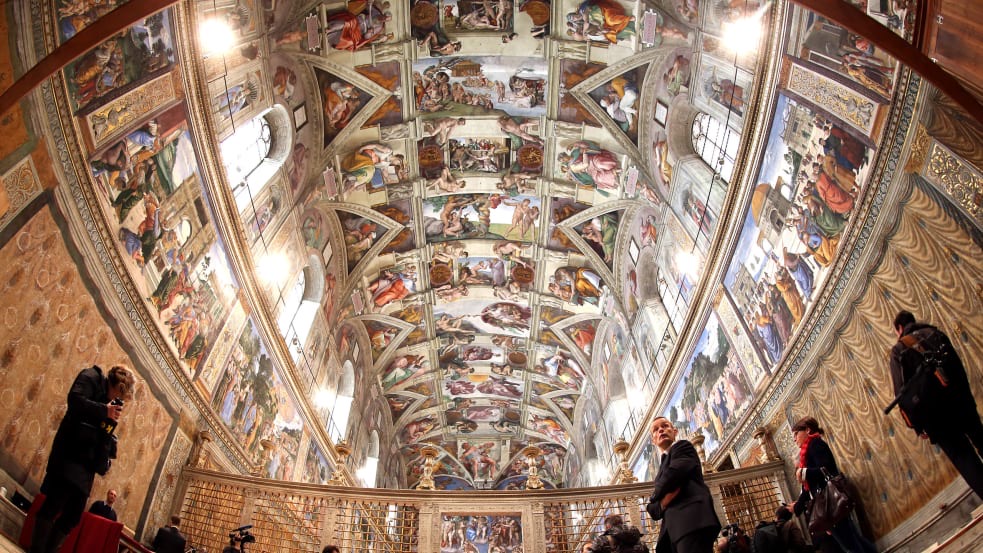 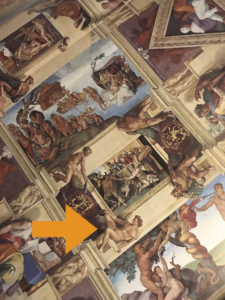 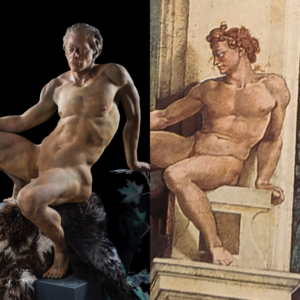 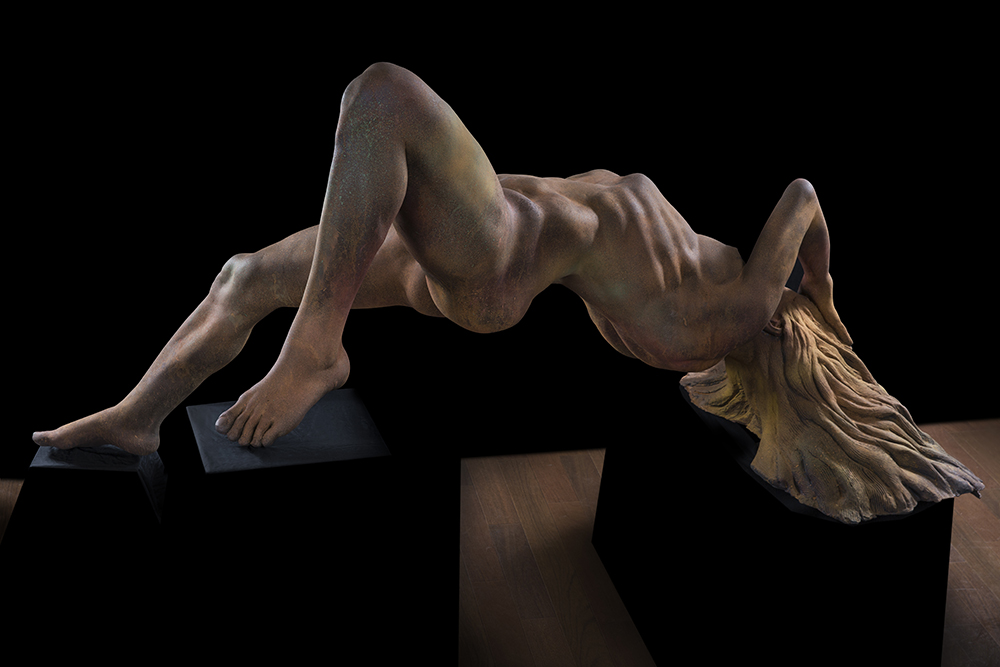 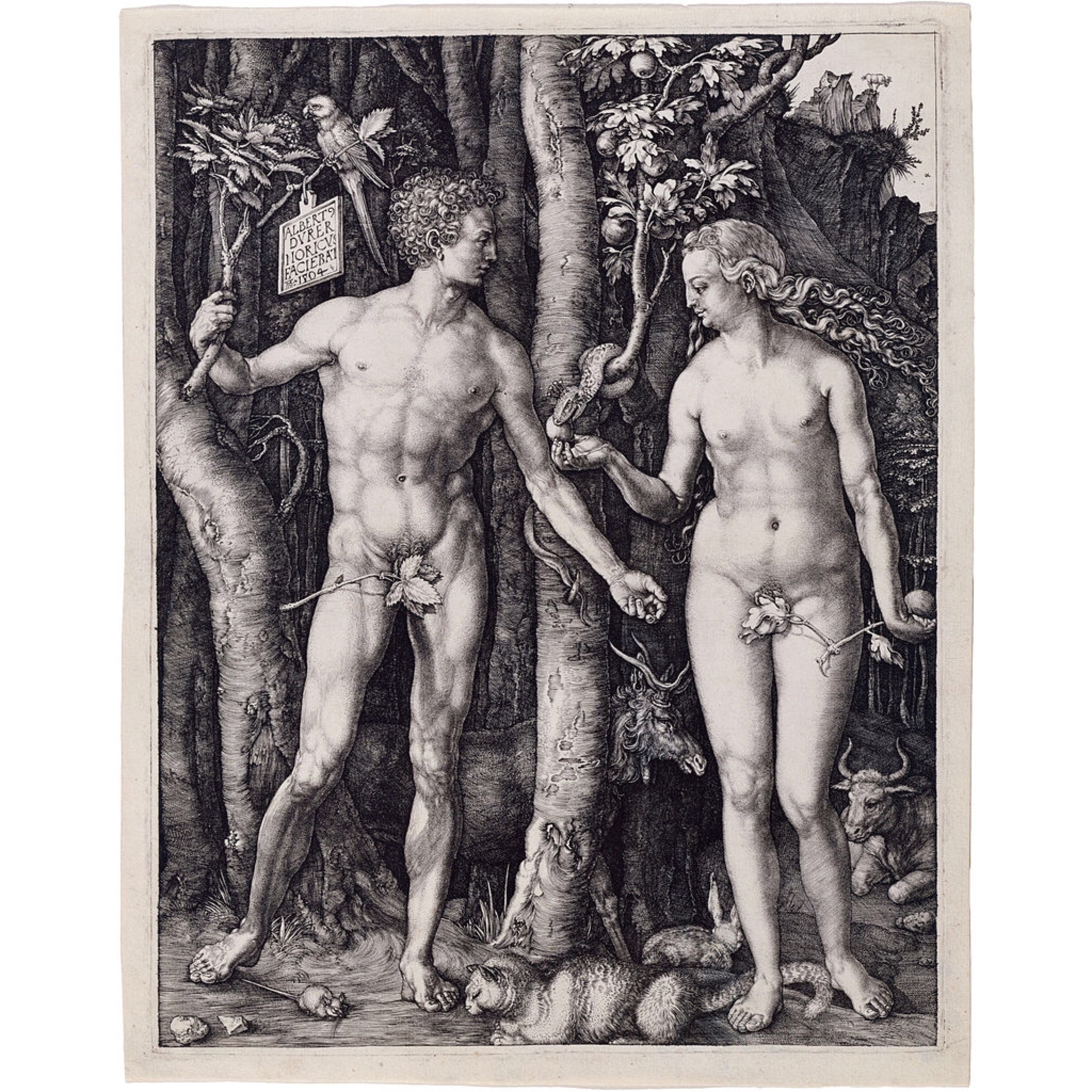